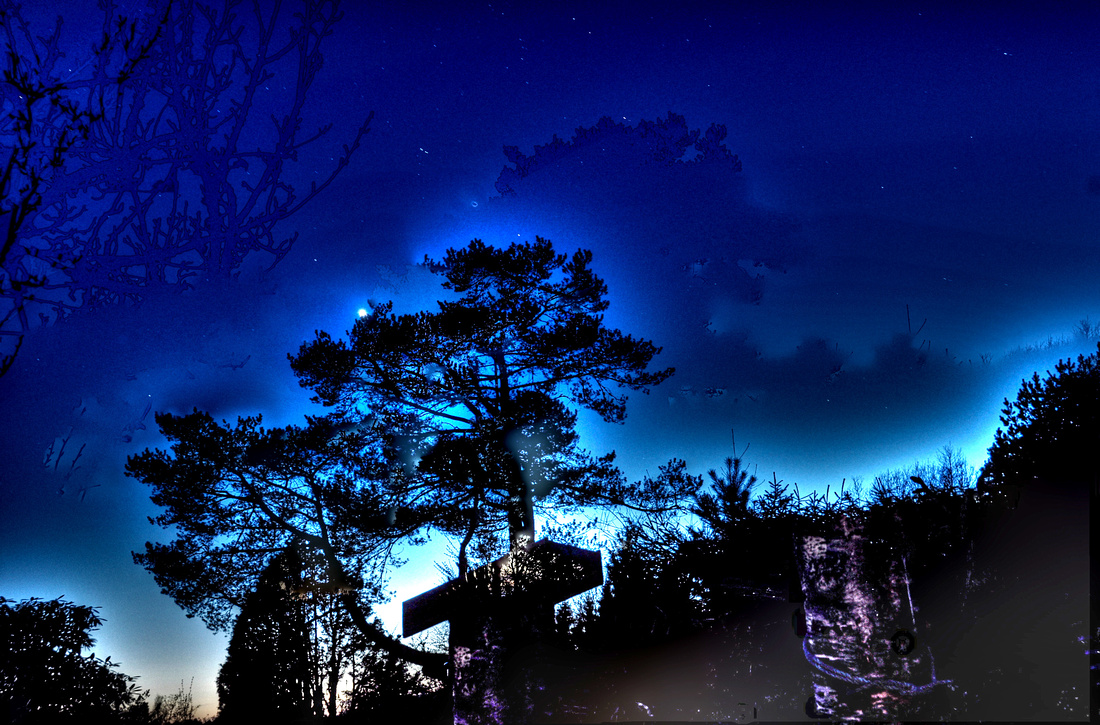 Went to the cabin on quite the chilly day, but there was promises of gorgeous spring weather the next day. I went out to photograph the sunset behind my favorite tree again, but decided since I just recently posted one of those photos, I'd rather share one I shot a bit later after the sun had set. I had a few shot with different amount of light in them that was not bracketed though, but still tried to make a HDR image... and while the separate photos didn't match up correctly so it created a "ghost" effect, I found the end result of it to be unique. And a piece that could stand on it's own and that worked better due to the "imperfection".